Ever since my dad bought me my first Polaroid 600 camera as a child, I fell in love with instant photography and to this day I still have fond memories of the magical moment of waiting for the photo to appear out of nowhere onto the Polaroid 600 Film.

A few years back I was fortunate enough to come across a refurbished Polaroid camera which I purchased and while it has brought me so much joy one thing which I do not appreciate is the high cost of the instant film.

In an effort to reduce my instant photography costs I have spent WAY too many hours searching online forums and retailer websites looking for the best deals on Polaroid 600 Film.

Where to buy Polaroid 600 film cheap?

Quick answer: the cheapest option to buy Polaroid 600 film is in bulk orders of 96 photo packs which is approximately 25% cheaper than buying in individual packs of 8 photos. 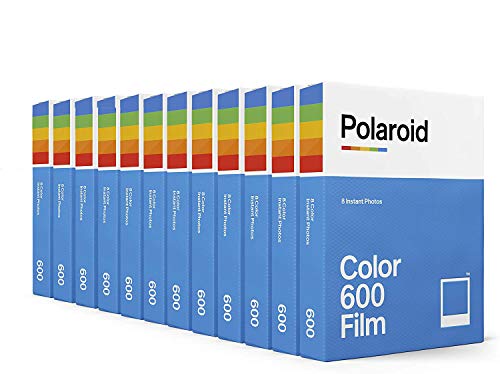 If you are reading this article then, like me, you are probably looking for answers to the following questions:

Today I am delighted to share what I have learned from my research on these questions which I hope you will find useful in your quest to find Polaroid 600 film from a reputable seller at discount prices.

At the time of writing, the cost of Polaroid film is considerably higher than the cost per photo for a sheet of Fujifilm Instax Wide film which is almost identical in size.

In all honesty I don’t know the reason why the Polaroid film costs so much, some would argue it’s because the film manufacturers have a monopoly and can afford to charge sky-high prices but that may just be a cynical view.

What I do know is that buying your Polaroid 600 film from a reputable source at the cheapest price possible is critical in order to reduce your instant photography costs.  As of today, there are three suppliers of Polaroid film with one clear winner in my opinion:

Of the three options listed above, the best option is to buy Polaroid Originals film because it is newer stock than the Impossible Project film and is more competitively priced and reliable than the original Polaroid film which was manufactured in 2008 or before.

#2 What types of film exist for the Polaroid 600 camera?

Although the Polaroid Originals film is designed for the Polaroid 600 camera, it also works with the i-type cameras too.  Below I have listed the Top 3 Polaroid 600 films that are available on the market today, together with the relevant Amazon links:

The most popular Polaroid 600 film is the color film with white frame.  I mostly use this film for my Polaroid 600 camera and have been consistently impressed with how sharp and clear the images are.  I would actually say that it is even better than the photos I used to shoot when I first used my Polaroid many years ago with the original film.

This black and white Polaroid 600 film is an exciting addition to the range.  It allows you to capture photos in bright white, deep blacks and all the shades in between.  Personally I love to use instant black and white photography at late night parties or to capture portraits of friends and family. 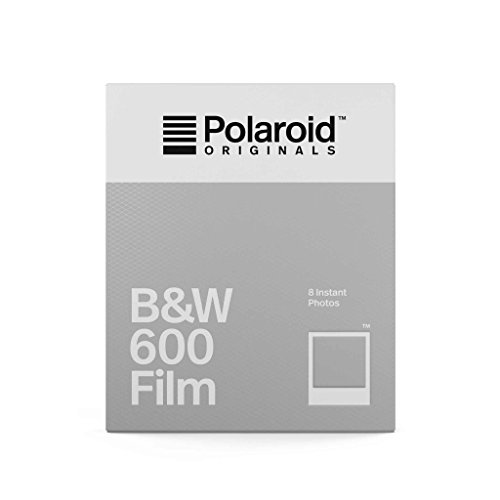 This is basically the same as the Polaroid 600 color film, the difference being that instead of a white picture frame you get 8 different colored frames adding variety to your photo collection which can is neat if, for example, you want to use a photo as a present for someone special. 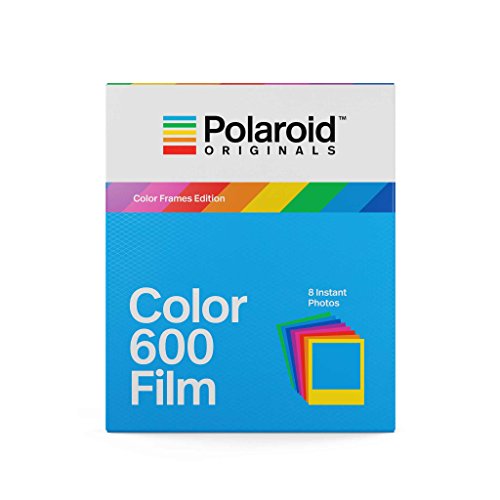 In case that still isn’t enough variety for you, Polaroid Originals also offer several other types of film including black and blue film, black and pink film plus a color frame for black and white film.  You can see the full range of options here.

Great question!  I have talked a lot so far about finding ways to buy good quality Polaroid 600 film for lower prices and intuitively buying in bulk would seem like an obvious solution to achieving that.

Thinking about it, that seems logical ordering polaroid 600 film in bulk is cheaper and the more you buy the larger the savings.

#4 What other factors should I consider when buying Polaroid 600 film?

A quick recap on what we have learned so far (in case you dozed off haha):

The Polaroid 600 film produced by Polaroid Originals is of a high quality and you shouldn’t experience any issues when purchasing your instant film.  That said, there are a few important tips which are important for you to consider in order to get the maximum value from your order and not encounter any issues with photo quality:

Tip #1 – Polaroid 600 film is sensitive to ambient temperature and light, in fact Polaroid Originals recommend that you store your unused film in the refrigerator to maintain it in optimum condition

Tip #2 – While the photos are developing they can be easily damaged by exposure to sunlight.  You can either use the “frog tongue” option that Polaroid retrofit to some of their cameras or alternatively purchase a protective film shield and install it on your camera to protect the developing photos from light exposure

Tip #3 – ALWAYS buy your film from a reliable source so you can be certain that the instant film is genuine, not expired and has been carefully handled during shipping.  There are a few good sources to purchase from, my preferred option is Amazon because they offer competitive prices, provide excellent customer service, give you peace of mind with secure online purchasing platforms and if you are a Prime member you can even get free shipping!

Tip #4 – Check the expiry date of your Polaroid 600 film. If you are placing a large film order I suggest adding a reminder in your calendar one month before the film expiry date so you have plenty of time to use it all up before then

Tip #5 – Be sure to handle the film carefully when inserting into the camera, you would be amazed at how many emails I receive from frustrated photographers who have damaged the film due to incorrect handling and their photos are ruined as a result of this.

Using your Polaroid 600 camera can be a blast and offers a unique way to capture special moments that you simply don’t get with digitial cameras.

However the cost of instant photography can add up pretty quickly due to the high cost of Polaroid 600 film.

As I have explained in this article, the best, cheapest and most reliable source of Polaroid 600 film is to purchase in packs of 96.  You should choose ‘Polaroid Originals’ manufactured film as this is the most reliable source of film and it is, by default of the company re-branding, guaranteed that your film will be manufactured no earlier than 2017 which is important because it reduces the risk that the film has degraded with time.

Once you purchase your film, it should be stored in the refrigerator and handled with care including adding a protection shield to your camera so the film is not exposed to sunlight while it is producing the photo as this could damage the photo image.

Thanks for taking the time to read this far, it means a lot to me and I hope you found this article useful.

One final note is to say that the price of Polaroid 600 film changes frequently so I will endeavour to regularly update this article and recommend that you check back periodically to ensure you are aware of the latest discount prices and buying advice before purchasing your film.

Thanks again for taking the time to read this article, I really do hope you found it useful in saving money on your Polaroid 600 film purchase! In this article, we will explore the various Polaroid settings that come with the most popular Polaroid and Fujifilm Instax instant cameras on the market. If you are looking for a Polaroid Instant Camera then you have come to the right place.  Read our reviews of the 8 best Polaroid instant cameras of 2022.

Today's Polaroid camera is unlike the classics, which could hold 10 films simultaneously. The film is slightly thicker meaning it can hold 8 pictures per sheet.